In order to help the head-started juvenile crocodiles to adapt to the wild, we place them in our soft release ponds before they are released back into the wild.
We noticed that after release in the wild, the juveniles even had problems in floating; after so many months in shallow holding tanks, they had never learned how to use their bodies to float in the water and consequently they would sink. A very comic sight, and the crocodiles would learn fast, but still it would be preferable that the crocodiles would be as well prepared for the wild as they can be.
Also hunting for live prey is something that was not possible in the holding tanks, and therefore something they would have to figure out themselves in the wild. Like most reptiles, this sort of behavior is inborn in crocodiles, they instinctively know what to do, but practice is necessary to become adequate hunters.
The newly created ponds are made to resemble the natural situation where they will be released, and stocked with live prey; shrimps, fish, snails and insects are plenty in this place. Already we are seeing that they grow better in this place, and the fact that we have more difficulties in finding them back in the wild indicates that it helps them adapt to become real Philippine crocodiles. 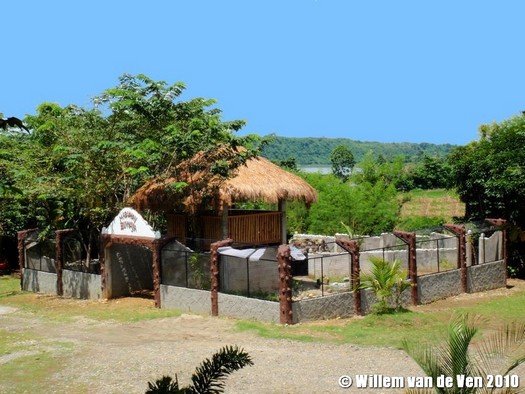 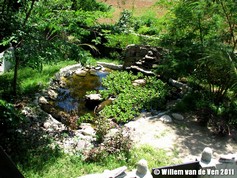 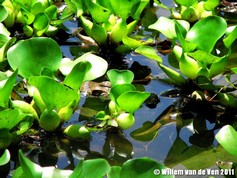 Crocodile in the soft release pond, barely visible in the vegetation