Near the town centre of San Mariano we have a facility that houses the Municipal Philippine Crocodile Rearing Station. Here we keep the hatchlings safe for around 2 years.
When they are brought in they are kept in a communal tank, a big aquarium where the whole nest will stay together for the first three months. After that they are separated from each other to prevent fighting; they are placed in their own holding tank, an old oil drum, where they have a dry place as well as a shallow water basin. After one year they are already much bigger and they are placed outside, in the soft-release ponds, where they are again together with other crocodiles. Here they can learn to interact with other crocodiles as well as practice hunting skills (there are live fish, shrimps, insects and snails in the ponds). At two years of age they are ready to go back into the wild, strong enough to swim the current and evade predators. 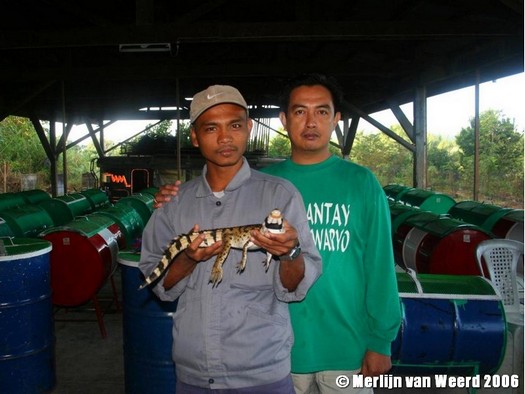 Bernard Tarun and Jerome Miranda in the Rearing station

Every month the health of the individuals is checked and their growth is measured. The caretaker cleans the tanks daily and feeds the crocodiles three times a week, usually only a few shrimps per crocodile, or a few grams of meat; crocodiles do not eat much. Outside in the soft release ponds they are slowly weaned of being fed. After a few months they do not get any food anymore and have to catch their own prey. 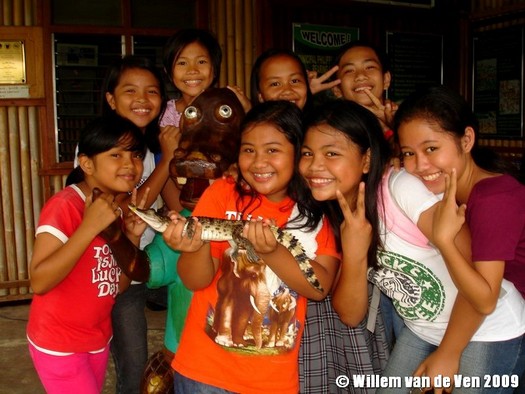 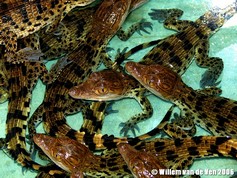 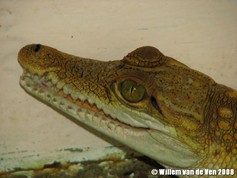 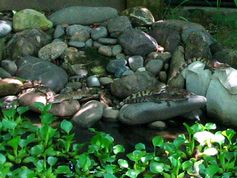 After one year the juveniles are housed outside, in specially created soft release ponds, where they will practice hunting before they are released back into the wild