The Philippine crocodile
Status and distribution

The Philippine crocodile Crocodylus mindorensis is an endemic freshwater crocodilian listed as Critically Endangered on the IUCN Red List.

Previously widely distributed throughout the Philippines this species is now limited in distribution to Northern Luzon and Southwestern Mindanao. The total wild mature population is estimated at 92 - 137 individuals, making this one of the rarest animals in the World. The total poulation in the municipality of San Mariano, the stronghold of this species in northern Luzon, is less than 100 individuals (including adults and juveniles).

Crocodiles in the Philippines 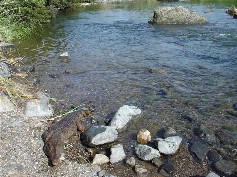